It makes sense to think that using a smartphone is a benefit for the planet, since it can replace so many other products, such as notebooks, alarm clocks, music players, radios, photo or movie cameras, videogame players, GPS and, even, TV remote control. So instead of buying all these devices we can get it all in one. Sound very eco-friendly and sustainable, right?

Obviously, not everything is so shinny in the mobile phone market. Mobile phones (or cellular if in America, both north and south) have a dark side that we very often don’t know or simply prefer to ignore.  Or, better said, they have a couple of dark sides, each one of them having a completely different impact (and we’re not talking exclusively about environmental impact here). We’re going to talk about some of these here. 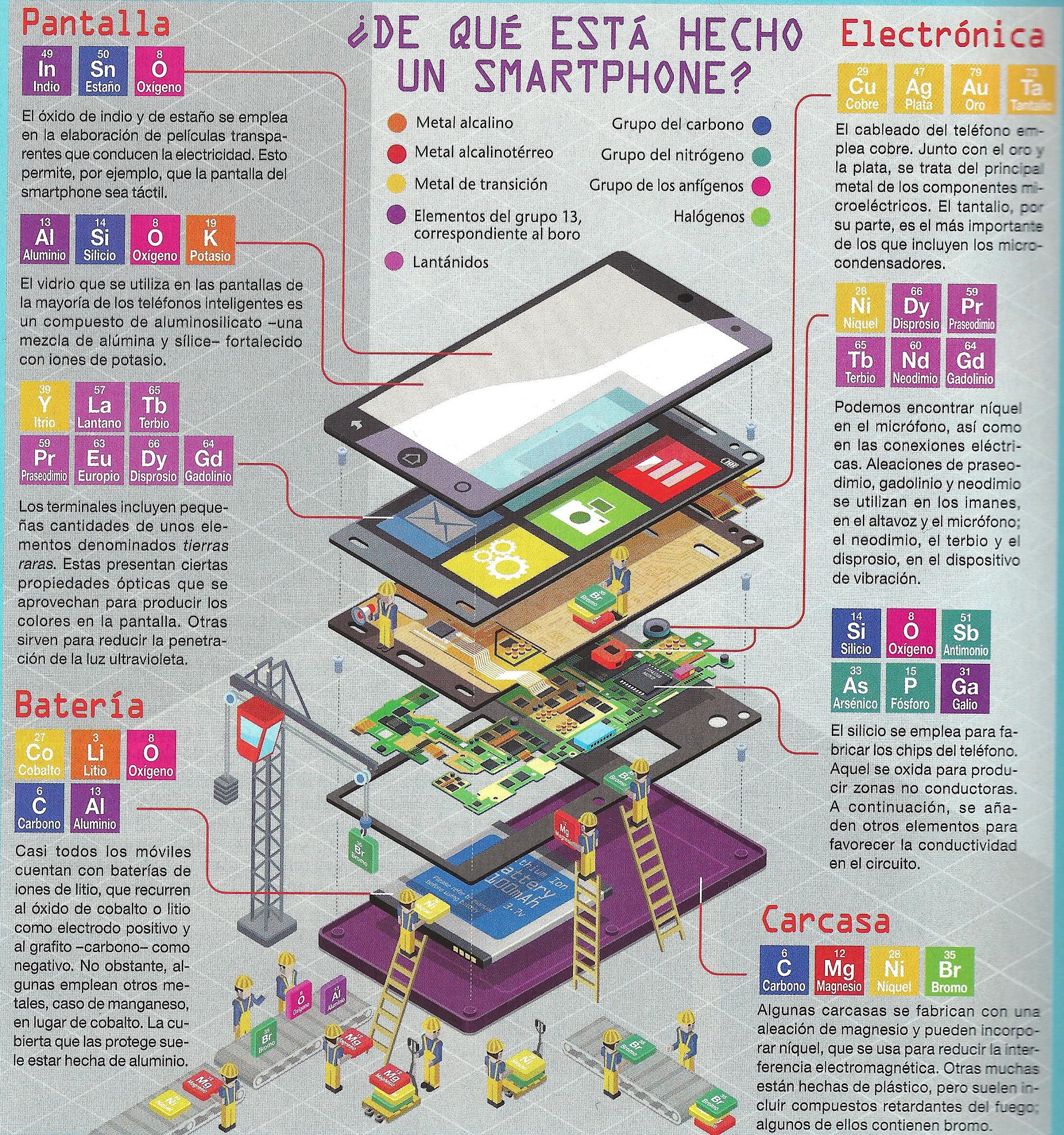 Mobile phones require materials that, very often, can only be found in “conflictive” countries. The picture here illustrates all these materials and their functions. As one can imagine, the situations in the mines that provide those materials and in general in those countries are not always nice nor beneficial for anybody.

There are countries like the Democratic Republic of Congo where war has been devastating the country for years. Nobody really knows the origin of the dispute: there are rumours that China may be behind it, in its effort to obtain soil where it can grow food for a possible global food crisis that has been mentioned for couple of years now (due to, amongst other reasons, the fact that most of Chinese waters are polluted. That’s a subject for another day.) But there are also rumours that some companies (and not countries, since companies are above countries) are behind all of this, trying to get hold of the natural resources of these countries at a low cost… so they can continue manufacturing mobile phones. That’s the case of bauxite, casiterite or the more famous coltan.

Lithium, a well-known material and also a very popular one in batteries, can be found in large quantities in Afghanistan and Tibet: and you honestly thought Tibet’s problems were political? If we add to this the fact that the salaries of the workers are really low, sounds like a great deal: take into account that many of these workers are Nepalese or Philippines, whose salaries are amongst the lowest ones in the world. Working conditions usually come along with income.

For many years the expression Blood Diamond has been widely used; maybe it’s time to start using the term Blood Cellular…

Mobile phones are the living example of programmed obsolescence: they rarely last for more than 2-3 years. After that period, you buy a new one. And what do you do with your old phone? You keep it in a box until you grow tired of it and you take it to one of these places where they take care of electronic devices, and they recycle them (or so they say). Or you donate/sell it to a company that, so they say, give materials a second life. Or you throw it away to the yellow container, and by doing so you keep a clean mind.

All these facts about recycling are partly true. Partly. Reality says that there are some materials that appear in such small proportions that cannot be separated from the rest, so they are lost forever. This doesn’t mean that those materials cannot be separated and recycled, only that the cost to do so well exceeds the benefit you can get from it. And that, in our society, means it’s never going to get done.

It’s also a design thing: until recently, very few designs have been made thinking about disassembly, separation and recycling. Our phones still have small screws that do not offer anything to the product but make it difficult to disassemble, just to give an easily understandable example. The efforts to create a modular phone have not evolved either; actually it’s the opposite, lots of projects are being cancelled, such as the Ara project in Google.

Anyway, the situation is getting better little by little: more and more parts of phones are being recycled, and at the same time the customer gets more incentives to return their old mobiles. The commercials that AT&T are producing are a good example of these clean policies.

In an ideal world, legislation should regulate all programmed obsolesce cases, but we agree that we live far from that ideal world. The most common argument against this? We need to sell more in order to keep economy running.  Alternatives? If we all were more willing to pay for services instead of hardware, things could be better. Anyway, it’s a very complex subject.

Mobile phones do not only affect us physically creating an environmental impact: software is taking more and more weight. Furthermore, since we’re reaching technologic limits on some aspects, we’re paying more for the software and less for the hardware (even if we do not realize we’re doing so).

World mobile phone market these days has 2 big players when we’re talking about software: Google (with Android) and Apple (iOS). We’re not going to talk about which one is technically better or who sells more or advantages of each one of them. And that’s because, maybe, their biggest difference can be found in the ideology behind them.

Android comes from an idea close to open software (and that doesn’t mean free, careful!). It’s just an idea that has evolved into an open source code: anybody can reach the insides of the system. iOS, on the other hand, is a closed system: nobody must touch it. Whatever is inside is of no concern to the user, who must use it and don’t ask questions. 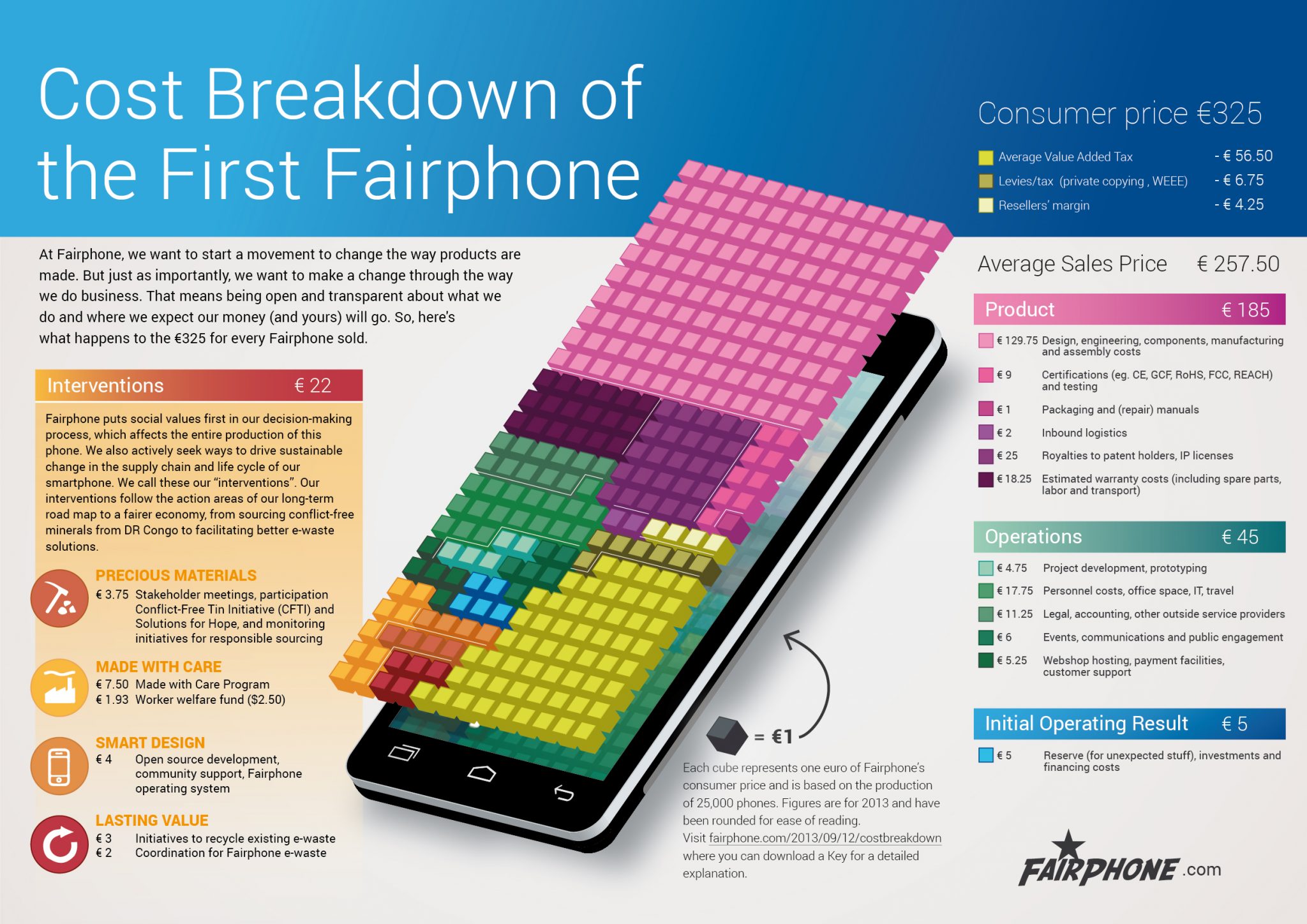 Sadly, this second line of thinking is spreading amongst our society, and that makes us be less attracted by the idea of getting to know the real working cycle of devices around us (yes, that includes whether the products we purchase pollute or not). This can lead to a decrease in our deductive or reasoning abilities, and also for caring less about the environment: “just use your product, do not care about how it’s manufactured”. Open source initiatives very often are not that user friendly either, so getting around this situation is not very easy.

Could there be a relationship between these “closed content” politics and a decreasing interest in engineering? Are they promoting some kind of knowledge stagnation? It’s hard to relate these subjects. The only certain thing is that in a society in which mobile phones are transforming into inseparable devices, this lack of interest can be dangerous.

Enough for the day. There are some many other sides that should be mentioned and the ones we’ve touched can be expanded for so long, but this wants to be an approximation to the subject.

Before we close down: anybody has heard about Fair Phone initiative? Just take a look at it and see what you think about it…