Some might say we live in advanced countries, that the most modern countries are the US and Europe; films tell us that time and time again. It seems pretty hard to believe anything like that when we can’t hardly produce an electric bus…
According to data, there were 370 000 electric buses circulating in China in march, and their aim is to reach 500 000 by the end of the year. If you’re not sure whether this number is big or small, compare it to the number of buses in Europe: 1000. And that’s adding the ones in every single country! The chinese number sounds masive next to the european one…

More data: an electric bus saves half a barrel of crude per day, aprox. That makes 159 litres a day, so that means saving 30 milion litres per day and 10 000 milion litres per year. That’s massive! Remember that all those litres would go into the atmosphera otherwise, and from there they’d get into our plants and food.

If you ever get the chance to visit a city with only electric cars, don’t hesitate and do it. The difference is overwelming!

Meanwhile, the same people will continue saying the same things

There’re lots of lies around this, main ones being these 2:

a. “Chinese products are not safe. Those batteries can explode anytime.” Do you really think that if chinese batteries were exploding we wouldn’t know about it? Actually, where do you think the batteries you use in your daily life come from? There’re lots of companies eager to sell bad news regarding chinese EVs!

b. “Yeah but China uses coal to obtain that electricity.”

Electric generation is a different problem than transport. They might not be completely independent, but they’re not exactly the same. Electric buses is related with not filling up with chimenees the space where we live.

China has no petrol and that’s why it uses coal; there’re political reasons behind this. But China is big on hidraulic, solar and wind megaprojects that aim to cut the emissions. What do we do here in Europe meanwhile? We keep saying that we’re cleaner, but what do we really do? CO2 production keeps rising in Germany after the nuclear shutdown, and in Spain there’re taxes on the sun (?).

Electric buses are going to take over Europe, that’s a fact. Chinese manufacturers have the advantage of experience, couple of years of advantage, and the prove that they’re ready for mass production. Is it too late for European companies? 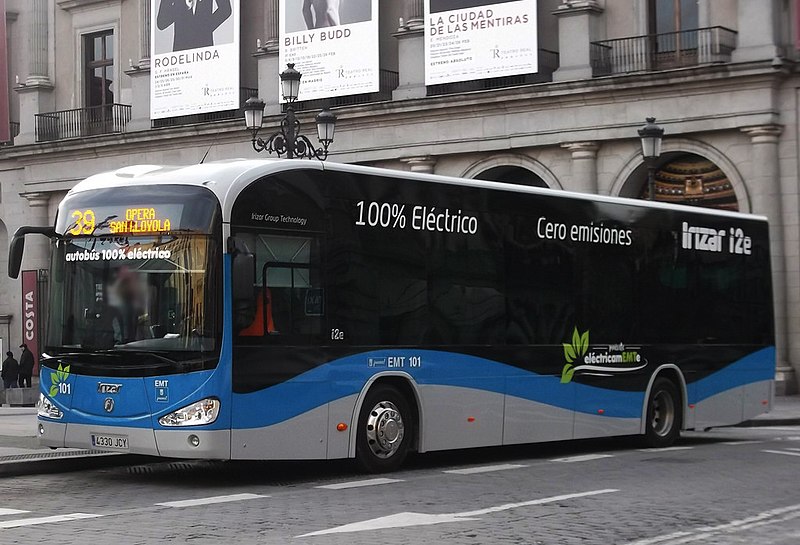 There’s another point of view to all of these: since the demand is going to be really big, there are gooing to be many work opportunities for local bus companies. Products and workers are going to be highly valuable!

Obviously, nobody can tell for sure what is going to happen, but we will be here to watch!

PS if electric vehicles are not safe due to batteries, what can we say about this diesel-bus that recently caught fire next to our uni?